You are here: Home » About Us » Partner Profiles

There are four partners in the practice, Sir Peter Parker, Tom Hudson, Adrian Haigh and Ashley Akeroyd, all of whom are ICAEW qualified. 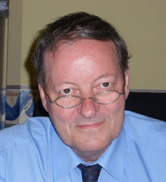 Sir Peter was at Pricewaterhouse, where he qualified, between 1969 and 1975, before spending two years at Raleigh Industries (cycle manufacturers) and a further two years at NAAFI in Nottingham. He then joined a local firm of estate agents and chartered surveyors based in Newark from 1980 to 1987, where he was the partnership accountant and specialised in flat management and residential service charge accounts. He has maintained and considerably expanded that type of work within existing clients of the partnership as well as acting for clients from many other different business sectors. 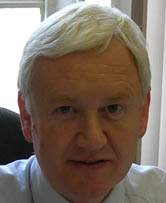 Tom worked and qualified at Pricewaterhouse between 1979 and 1984, Stoy Hayward from 1984 to 1989 and then moved to Duncan & Toplis in Newark where he worked between 1989 and 1993, before joining Stephenson Nuttall in that year. Tom became a partner in the firm in 1994 and has maintained a substantial portfolio of diverse businesses, many of which are owner managed. Tom is also a Chartered Tax Adviser. 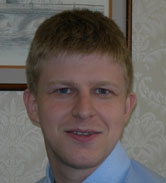 Adrian joined the firm as a trainee in 1999 after graduating from Cambridge University with a degree in mathematics. He successfully completed his training as a Chartered Accountant in 2003 and became a partner in 2007. Adrian specialises in the accounting aspects of limited companies, charities and other grant funded organisations as well as company taxation. Adrian is also familiar with a range of computerised accounting systems.
Ashley graduated from Nottingham Trent University in 2006 with a degree in Accounting and finance and qualified as a chartered account in 2010. After gaining vital experience working for various accountants in Nottingham, Ashley joined the firm in 2018 and was made partner in 2020. Ashley has extensive experience of acting for small and medium sized businesses in the areas of taxation, audit, statutory and management accounts. Out of work Ashley is a keen runner and enjoys exploring the outdoors with his young family.

With our newsletter, you automatically receive our latest news by e-mail and get access to the archive including advanced search options!